Sometimes the first indication that something is wrong in your relationship is that one or both of you no longer want sex and your love life is suffering. It is typically the woman, but I have worked with men who have responded this way too. Couples come in saying, “My partner doesn’t seem interested in sex.” And they want to know what to do about it.

I am going to focus this article on what women often experience and what one woman in particular went through. I will call her Susan. Once the couple comes in to my office and the wife is identified as having a problem with their love life, I have a lot of questions because I have to sort through all the possibilities like: 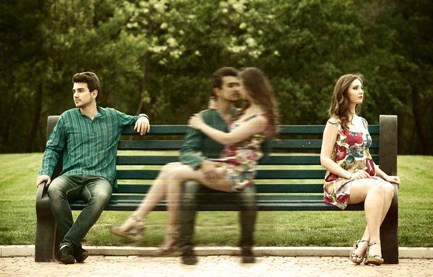 When I saw Susan in our individual session, I sort of had to laugh a little to myself as I listened to her tell her side of the issue. It was like a page out of my book. He was taking care of the bills and being what he thought was a good husband, father and provider. But in the world of relationships that isn’t always quite enough. Men take charge and work toward goals. Women are used to noticing what is important to their partners and try to meet their needs, desires and expectations at least part of the way.

In this case Susan had the same expectations of him that she had of herself. She expected him to be conscientious and economical like she was. So when she saw him being wasteful, like leaving food out of the refrigerator to go bad or mismanaging water and electricity, she’d get upset.

She tried to talk to him and work it through as women do but it didn’t seem to get her anywhere because nothing changed and if it did it wasn’t for long. So finally she would tell herself, “Well, that’s just how he was raised,” and try to have a better attitude about it.

They both had a job, but he did little work around the house and she was almost entirely responsible for the children. He would promise to do more, but he didn’t. These days not sharing household tasks and childcare is a major reason relationships get into trouble. It really wasn’t working for Susan.

It is easy for women to shut down their sexual feelings in a relationship without even realizing it. A woman tries hard to make the relationship work, to meet his needs and balance that with taking care of the children. So she would feel unhappy with him because he’s doing things that frustrate her. Instead of finding ways to deal with the issues more effectively, she jumped headlong into being mom and wife. And, voila, before you know it, she just doesn’t feel sexual anymore and their love life suffers. She says she just doesn’t feel interested and doesn’t know why.

On the other hand, if it is a guy, he can say exactly why he doesn’t feel interested. He will say he feels demeaned, he doesn’t want to push himself on her, he works hard, does a lot for the family and is tired or he doesn’t ever feel appreciated. He may also feel anxious about climaxing quickly or maintaining an erection and he fears disappointing her. These are some of the main reasons guys have for losing interest in sex.

I shared with Susan that she wasn’t alone. Most men can fall in love and get into a relationship. But a certain percentage of them don’t, for various reasons, have the skills to maintain a relationship like the majority of women do. Some of them learn on the job, but others don’t. A major researcher on marriage and relationships, John Gottman, found that over 60% of men don’t take influence from their wives. That means that they refuse to adjust their behavior when their wives ask them to change.

When Susan didn’t get any real change and shut down her feelings, the result was not good for her, her husband or their live life. Men don’t have the emotional antennae that women do. It is not that men don’t care or must only do things their way, it is that a percentage of them just don’t have a clue. Women have a hard time believing this and knowing what to do about it.

Susan very much wanted to feel differently and have a good love life like she used to. I suggested she get my MP3s to help her relax and begin to have a positive focus on sex for herself.

In our next session together Susan came in all excited. She had been experiencing a complete reversal of her frustrated self. She said, “Tell me this is going to stay and my old self is not going to come back. I feel good and we have been having great sex. I just don’t know why I have been so negative.

“I am not a person that normally does strange things like self-hypnosis or meditation. But now I feel so much better. I really value those MP3s. Is this just going to go away and I’ll be back where I started at some point?”

I told her that she was tapping into a natural process and once she repeatedly experienced that ability to relax and focus on positive feelings, they would be hers to keep. She could access them again and again whenever she wanted or needed to.

In Susan’s case, her low desire and the resulting damage to their love life were due to relationship issues and it was my job to help her and her husband learn how to be a better team. I explained to Susan that women are good at shutting down their sexual feelings and that she had done that to herself without knowing why. Her frustration was real and understandable. However, there were better ways of dealing with the issues she was confronting. In the next several sessions I helped Susan and her husband work through several of those issues.

Later on in an individual session I was able to point out to Susan where she was doing a better job of standing up for herself without putting him down and that he had actually taken some steps toward addressing her desires and needs. It was clear that they were going in the right direction.

For men teamwork is about the goal, but for women it is about working with their partner, knowing what they want and need and figuring it out together. If you think about it, the two approaches to teamwork complement each other. And that is a good thing. In their last session Susan shared that even though they are nowhere near perfect, she has yet to lose that loving feeling, is less frustrated and a whole lot happier and so was her husband.   It was clear that their love life said a lot about their relationship and that both were much better now.