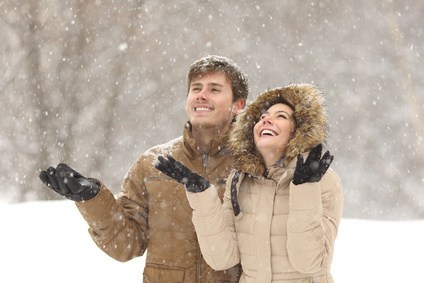 Sometimes there are just too many things on your plate and you’re not one of them. It is so hard to stop and take care of ourselves sometimes. It is too easy to get caught up in the hustle and bustle of things. So here are some ideas that I have found helpful and you might too.

Many years ago I studied under Elizabeth Kubler-Ross and in the process of working out old hurts I discovered an amazing thing deep inside of me. It was me quietly watching all the commotion, I was experiencing, as I was letting go of old stuff.

Many people feel that if someone looked deep enough into them that what they would find hiding there is a crazy person or emptiness. I found the opposite. Deep inside is a still quiet place, a quiet observer, just waiting to be connected with. In fact after the experience I felt solid and at peace. I know too that I am not alone you have the very same place inside of you. All of us have that deeper, quiet self, inside who is just observing and perhaps laughing as we go about our days like “chickens with their heads cut off,” as they say.

All of this is to say that there is something very special to connect with when you take a moment to do so. It could be listening to some favorite music with your eyes closed (obviously, not while driving a car), listening to a relaxing self-hypnosis mp3 at no cost, click here to listen ( go to the end of the page),  or even just taking a deep breath. Of course there are many more ways but let me talk about the deep breathing here.

Physiologically the breath out is the most important. A captain in the Army taught me one he called 4 square breathing. He taught GIs who had PTSD this technique because it helped them calm down and work toward getting over the PTSD. I like it because it is easy to remember and it is a good way to get centered. Breathing is a good way to begin to go more deeply inside and tap into the inner wisdom that is in all of us.

Men especially like the 4 square breathing technique and it can be modified for women if they prefer holding their breath for a shorter period of time. One of my patients, I will call her Jill, found herself constantly feeling like tearing her hair out. She saw herself in the middle, between both sets of parents, her children and her husband. Then there were her girlfriends and the people at work. She didn’t want to disappoint any of them. As a result of course she found herself disappointing most of them. When she came in she was in a tizzy. She was mad at everyone, especially her husband–let’s call him David.

Part of the problem was she had been trying to do everything herself. So when she brought David in she was surprised to hear that he didn’t have a clue that she had been needing his help. It wasn’t clear whether she hadn’t told him she needed help or that he just didn’t hear her plea. As with many couples it was probably some of both. She didn’t want to bother him because she knew he was busy and overwhelmed too. And she may well have failed to ask him directly for help so he didn’t notice her problem.

Jill felt better after the session for several days, but it was not long before she found herself needing the breathing technique. She used it and found herself centering more easily and feeling a lot less overwhelmed and irritable. She had begun to communicate more clearly and directly with David too. Being less stressed seemed to make everything better. She noticed that David was happier and more relaxed too. He said he enjoyed doing the 4 square breathing and that work had begun to be less stressful.

In the beginning when there was a lot of stress and a lot more triggers they needed to use the technique frequently. But as time went on they reacted negatively to things less, so the formal process was used less often, but they never forgot how important it was to breathe their stress away.