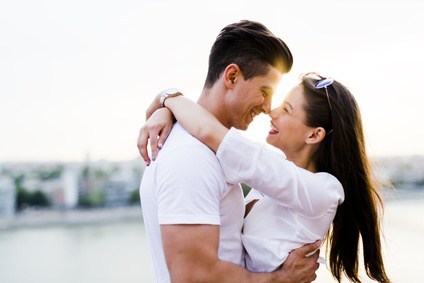 Every couple has their own unique issues when they come into see me. But how couples treat each other is not unique. This is where I can help couples become relationship experts so they can discover how to have a successful, long-lasting, happy relationship.

With one particular couple I was very happy to find out that things began to turn around after just one session. Tom and Lisa came to see me because they were at their wits end. Lisa said, “We really love each other but we can’t continue to live this way.” They both wondered if they should just end things and go their separate ways or try to make their relationship work. Tom felt he could never do anything right. To Lisa it seemed that she couldn’t express herself without upsetting Tom and she feared that she would end up walking on egg shells for the rest of their relationship.

Lisa said she would try to talk to Tom and explain herself to him but he would get defensive and take it personally. It seems the topic didn’t matter. It could be something as simple as where to go for dinner together. It didn’t used to be this bad. Lisa remembered how their relationship used to be peaceful and wonderful. It seemed to change after Tom lost his job and was out of work for a while. And now even though he was back at work, things hadn’t gone back to being as good as they were before.

As her story unfolded I learned that Tom suffered from depression so Lisa would get upset but then feel guilty about getting upset and fearing that she would cause him to go into another funk. Fortunately Tom responded well to the antidepressants his psychiatrist prescribed for him so he had been depression free for about a year.

That didn’t change the concern Lisa felt nor eliminate the occasional feelings of low self-esteem Tom experienced. These are problems for couples where psychotherapy excels. I let them know that my office is a safe place for them where they can learn to work together and work things through. Then I share with them an important goal—they need to create that safe place at home as well.

One way to create a safe place and to decrease the upset they have while arguing is knowing how to take breaks before they hurt each other during a fight. Many couples fear taking breaks before a fight escalates because the topic will just get dropped and it will be worse when they finally get back to it.

The way I teach taking breaks addresses that fear. First, I have them decide on what to say in order to take a break. The one that Tom and Lisa decided on was, “I want to take a break. Can we come back to this in an hour?” Coming back to the subject is really important because just dropping it leads to bigger fights later.

Rules for Taking a Break

Then I gave them the two rules for taking a break. First, don’t keep running the dispute through your mind while you’re taking a break. That means you don’t try to think of the perfect argument to win or the brilliant comeback to what your partner said. You let go of the argument for a while and calm down.

The second rule is also very simple. Say to yourself, “I wonder what will be different next time.” You might have a different way of looking at things when you come back to the topic or your partner might see things differently. One of you might have a new way of solving the problem. There are many possible changes in the way the two of you deal with the topic. And the beauty of it is you don’t even have to try to think of something different. You just put the whole thing on the back burner and wait to see what will happen. Of course, the best ideas often come to us when we’re distracted or doing something else.

When Tom and Lisa came back the next week they reported that they had fewer arguments and their problems were much easier to deal with. In particular, they talked about what happened on Friday night. Tom had promised to take their dog, Winston, to the pet store for a bath because Lisa had an important meeting. Lisa pointed to her black sweater and said, “Winnie was starting to shed like crazy and our friends were coming over the next day.”

When Lisa got home, Tom wasn’t there and Winnie was still dirty. She was fuming by the time he got back. His explanation that the boss had invited the team out for beers wasn’t good enough. Lisa said, “You promised and I was really counting on you.” Tom’s response was, “What was I going to say? ‘I can’t make it because I have to give my dog a bath.’ That would really be insulting. This was an important chance for teambuilding and schmoozing with the boss. I had to be there.”

It wasn’t long before they were very upset with each other and had to take a break. Lisa was the one who said, “We’re getting nowhere. Let’s take a break and get back to this in an hour.” That was fine with Tom.

When they got back together Lisa had realized there really was more to get ready for their friends than she was thinking. She suggested that in the morning she could take Winnie for a bath and Tom could fix the leaky faucet in the kitchen. Tom had been dragging his feet on the project thinking that if it’s not fully broken, don’t fix it. He began by apologizing for not taking Winnie to get groomed and he recognized that it was important to Lisa. Then he agreed to fix the faucet while she got Winnie bathed. And that’s what they did.

Taking a break really did help both of them calm down. An essential part of the process was that both of them took a moment to wonder what would be different when they got back together to discuss the topic some more. When you keep going over and over an argument in your head during the break there isn’t any room for new ideas or new approaches. In fact, when you get back together you may be angrier than when you took a break.

But when you make room for new ways of dealing with things, it opens up the creative part of your mind and that’s what Lisa did. She was able to come up with a deal that worked for both of them. For his part Tom was ready for a different approach and was able to listen to Lisa instead of immediately starting to defend himself some more. It really was a win for both of them. I complemented them on how well they handled taking a break and working through a problem.

Then I pointed out that there are two basic types of topics that couples fight about. Some topics are routine issues that can come up regularly in a relationship and be worked through with a compromise. Their argument about bathing the dog is a good example of a routine topic.

Then there are core topics that you have to chip away at, sometimes over a long period of time. For instance: fixing up the house in anticipation of company would be a routine topic. You could compromise on that fairly easily. But how neat and clean the house should usually be kept can be a core topic and can lead to blazing arguments if you try to compromise on that rather than chip away at it. But that’s the topic of my next article, “How to Handle Routine and Core Issues.”