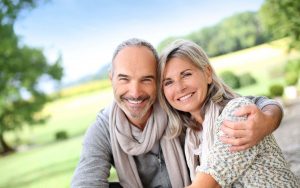 A while ago I received an email that started:

That email led to my having a single session with this elderly, gentle, sweet man. A week later he and his wife called me to say that they had been “rocking” and he chimed in to say “I didn’t need to use Viagra for us to have great sex.” His wife also said she had gotten closer to orgasm than she ever had.

I wanted to write about this particular issue because it came up again in a session with another couple, only they were in their late 20s. After those two session I began to believe that there must be other couples who have this same issue which could have the same solution. And the solution is so simple that I just had to write about it.

It is about a sexual position that I thought more people knew about. Unfortunately, while there is a great deal of information on sex on the net, much of it isn’t really useful. Couples need to know how to enjoy sex together to deepen and strengthen their relationship. They don’t have to have mind-blowing sex every time.

Now about that rocking. Freud had it wrong. A clitoral organism is not immature compared to a vaginal orgasm. The clitoris is involved in orgasm even in intercourse. The secret is getting enough stimulation for the clitoris during intercourse. And that’s what the “Rocking” is all about. It is a different version of the missionary position.

In the Rocking position, the man enters the woman in the regular way and then lifts up her legs so his penis stays deep inside her vagina. Then the couple rocks gently to stimulate the clitoris. The man’s penis stays inside the woman, so instead of him going in and out, his pubic bone is more available for the woman to rub against. She then is more active herself. She actively moves her hips to match his. When he goes back she goes forward and when he goes forward she goes back. Instead of the woman being passive the two of them are coordinating their movement and she is pressing against his pelvis.

I talk to women about following their good feelings. Where women usually fail to achieve orgasm is when they are easily distracted, or have negative thoughts about sex or the relationship. For these I recommend my Mp3s “The Pure Pleasure System for Women.”

For both my older and younger couple, using the “Rocking” my patient talked about and just changing from the in and out to the rocking solved their issues. The rocking as my patient called it is really the Coital Alignment Technique or CAT that Edward Eichel discovered and researched. I like my description better than theirs but you can read more about it here.