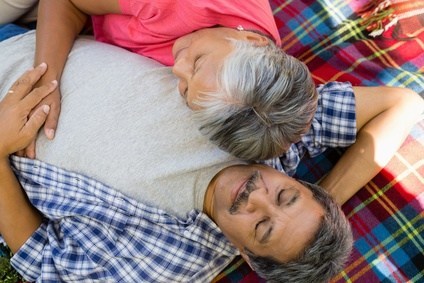 As a therapist, I can see that the nature of a couple’s union has changed over the last 20 years. Fewer couples feel the need to officially marry and women are in a more active and sometimes dominant role as the breadwinner of the family. But what hasn’t changed is the need and desire for an intimate connection. Intimacy is an essential part of making a relationship real and sustaining.

When a man initiates couples therapy in my practice, most of the time it is because he feels they aren’t having sex often enough. Perhaps in part that may be because I offer sex therapy as a specialty. When a woman initiates therapy, it is almost always for emotional or communication issues. I have learned over the years that what intimacy looks like for one person is not necessarily what it means or looks like to their partner.

Reaching out for Closeness

Take Susan and Dan (not their real names). They came in with Dan wanting more sex and Susan having an issue with low desire. In my individual interview with Susan, she admitted that she gets feelings of desire, but not with Dan; although, she never acted out on these thoughts. She felt that he just wanted sex, but was unable to be romantic or really get her feelings when she tried to share them.

She told me about one time when she tried to talk about having her parents over for Thanksgiving and how it caused her a lot of anxiety. She really wanted to talk about how her mother could be so critical and then turn around and say something nice. Or how hard it was to get her father to open up. Naturally Dan took it as a problem that he had to help her solve.

For Susan talking about her family was an opportunity for intimacy, for deep sharing. When Dan took it as a problem, it felt like her feelings were being pushed aside. Neither one of them realized that, when Dan was feeling sexy later that evening, she wasn’t interested because of what happened earlier.

As I learned more about Susan and Dan in following sessions I wasn’t surprised to learn that both had difficult childhoods. Their parents worked a lot and tended to be more punitive than supportive. They each started working at a young age and were successful, but were not given to express their feelings easily.  Now they were at a stage in life and in their relationship where they wanted to have a deeper connection but weren’t fully aware of it.

My job was to get Dan to take it slower with sex and to help Susan understand that she herself was not as ready for deeper emotional intimacy as she thought. I explained to both of them that in intimacy you need to let yourself be vulnerable. As a child they did not feel safe and they still didn’t feel safe being open to each other.

In the next session they came back with a special phrase that they were using for whenever one of them wanted to reach out for some intimacy or express a vulnerability. That way Dan could share that he was feeling a bit sexy even though he knew for right now it was not going anywhere. Susan could let down her barriers and cuddle with Dan and appreciate the ways that he has added so much to her life. Over time, Dan learned to really listen to Susan when she talked about her feelings and she felt more desire for sex with him.

I am sure you have noticed that the movies women love are ones where men are able to be verbally and emotionally intimate? Usually at the beginning he is closed off but by the end he is able to open his heart and be open and vulnerable.

Yet in the real world women are often frustrated with their relationship. They feel cheated, saying, “He understood my feelings when we were dating. Why can’t he get them now?”  They want to get back to that special emotional sharing.

During the in-love period of a relationship, men can be more open emotionally because of the intense feelings they are experiencing. But as the feel-good hormones recede, they go back to their usual way of handling things.

Life is very competitive for most men, so they spend a lot of time defending themselves and hiding any weakness. Women regard being able to show their weakness as intimacy. Men don’t see themselves as having weakness, but in having problems that need solving. So in an interesting way, discussing and solving problems is a way for men to be intimate.

You can see a built-in conflict here. A woman feels close and cared for when she can safely be vulnerable. A man feels threatened and at risk when he is vulnerable. If a woman is getting a lot of criticism at the office she may say, “It’s like I’m being attacked on all sides. I feel so helpless.” In the same situation a man might say, “All that criticism is so unfair. How can I get the situation under control?”

It’s the same problem with very different approaches. Just understanding that difference is the first step in reaching across the divide and connecting. There comes a time in a relationship where a man and a woman need to realize that they are both reaching out for closeness, but in different ways.

The Meaning of Intimacy

So what is intimacy to you? Intimacy to Dan meant having intercourse more frequently with his wife. For Susan it meant having Dan hear and understand her feelings. For another couple it could mean having deep philosophical discussions, getting on the same wavelength. For still another couple it could mean watching a sunset together, or having passionate sex.

As a therapist I see all of these as intimacy. But I also believe that as a couple you can go beyond the roles that you play in life and find a way to connect more deeply. This happens when you can see the world through each other’s eyes and walk in each other’s shoes.

It was a special experience watching Dan and Susan start to connect and create a space for both emotional openness and problem solving. When you really, really hear each other, it is so beautiful. I have heard couples say, “I didn’t know you thought or felt that” and in that moment everything changed.